• In May 2018, The Republic of Ireland held a referendum to repeal the Eighth Amendment to the Irish Constitution, which guaranteed fetuses the same right to life as pregnant people, essentially outlawing abortion in the country. In October 2017, our research team, Project SANA, was invited to address the Irish Parliamentary Committee (the Oireachtas Committee). The Committee recommended allowing abortion upon request up to 12 weeks gestation, and cited the evidence provided by Project SANA a pivotal part on the decision. 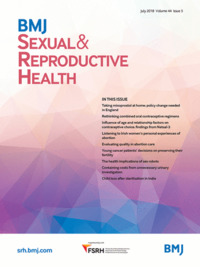 State legislation restricting access to abortion in the clinic setting raises the possibility that an increasing number of individuals in the United States will self-manage their abortion at home. Medications sourced online represent a potential pathway to abortion self-management. Yet, very little is known about the reasons U.S. residents may seek abortion online or their experiences finding medications and information.

In January–June 2017, anonymous in-depth interviews were conducted with 32 people from 20 states who sought abortion medications online (30 women and two men seeking medications for their partners). Participants were asked about their (or their partners’) motivations for considering self-managed abortion, the sources of medications they identified and any other methods they considered.

(2) Regardless of the pathway chosen, women experience a lack of pre- and post-abortion support in the Irish healthcare system