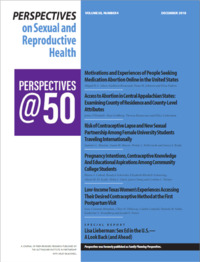 We conducted anonymous in-depth interviews with 32 people from 20 states who sought abortion medications online. Participants were asked about their (or their partners’) motivations for considering self-managed abortion, the sources of medications they identified and any other methods they considered.